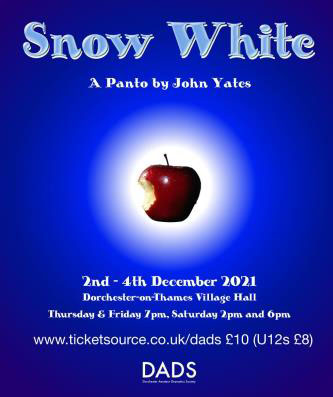 When DADS announced it would be back in the village hall, after a two-year COVID shutdown for all indoor theatrical performances, this time for a traditional Christmas Pantomime, I was asked to write a review of the show.

The chosen panto was Snow White, surely the best loved children’s story made unforgettable by the genius of Walt Disney. As such, everyone has firm expectations of how each character should look and act, posing problems for any company wishing to retell the tale. We all know the central plot of a beautiful young princess facing death from a wicked Queen wanting to eliminate competition as ‘the fairest in the land’, as proclaimed by a ‘Magic Mirror’. Her safety is eventually assured by seven dwarfs, fairies and assorted other characters. It all ends happily with the Queen overthrown and Snow White falling in love with her handsome prince. 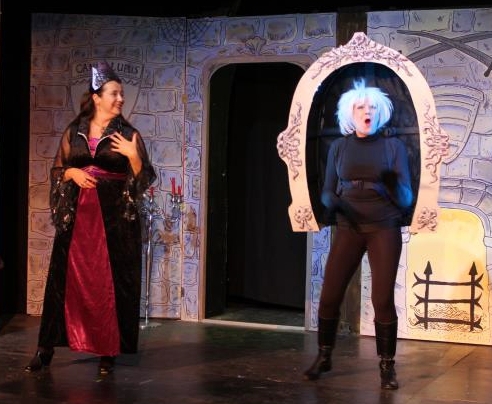 So, how did DADS bring this classic story to life? Simply by assembling one of the largest casts it has ever put on stage, some playing more than one role. And their combined talents delivered a show to be remembered!

Key to this was Snow White and new to DADS was Alice Hope. She was perfect. She looked the part, acted the part, and sang like an angel. You could see exactly why the Queen wanted her done away with.

And in Louise Auckland we had a very wicked Queen who would stop at nothing to do this. Louise relished the part, becoming truly scary and evil, as evidenced by the growing intensity of booing with each new entrance. Her sidekicks were ‘Pick’ (Hayley Poole) and ‘Mix’ (Sue Booys). They were sent to take Snow White on a one-way trip into the forest, but instead set her free, where she met The Seven Dwarfs. At this stage It is fair to say that these dwarfs were very different to the ones created by Disney. For a start one of them was a woman, plus they were not at all dwarfish in stature, one being well over 6 feet tall. Nevertheless, Stuart Poole, Ed Metcalfe, John Cornelius, Russell Bailey, Richard Farrant, Catherine Paul and Steve Eyre created one of the most remarkable troupes to ‘Hi-Ho’ its way onto an ‘amdram’ stage. 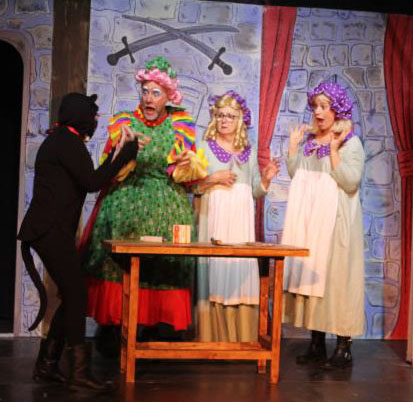 No Panto is complete without a Dame, and what a Dame we had with Mike Lord! A living example of every man’s worst nightmare of a woman and a voice like a foghorn. Terrifying, but supported by two hopeless ‘assistants’, Maxine Briscoe and Rachel Winslet Morris (who had a laugh that could shatter windows) and the inevitable custard pie routine. Then we come to the ’Magic Mirror’. Never before had I seen anything like the DADS mirror, which suddenly lit up like a Christmas tree, came to life and danced around with Christine Jones strapped inside it while she delivered Ernie Wise quality poetic judgements . Amazing.

As always, there were forces of good to combat the forces of evil. Chief of these is, of course, was the Fairy Godmother saving the day, Rosemary Mills. And 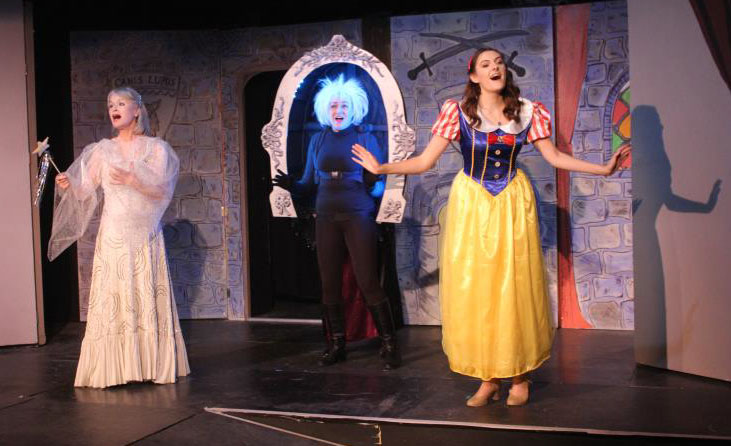 Sally Bell as Fairy Announcer, made sure we all knew where we were in the story, having been distracted by all sorts of sub-plots and entertainments. One of these was a comedy routine with Ian Brace as a stand-up yokel, another involving a thieving cat, Jane Brooks.

We all know there must be a handsome prince and we had one; Ryan Fanin, a relative newcomer to DADS, who looked most worthy of Snow White’s attention. Other members of the cast included Graham Baxter (King), Michael Herbert (Courtier), James Pratt (Aide), and young Carys Sadler, who performed with great confidence and charm.

As always, the backstage team was excellent. Incredible costumes, great lighting effects and a superb pianist, Ian Salisbury, all brought together by hard-working director Ann Winslet and producer Jane Brooks. 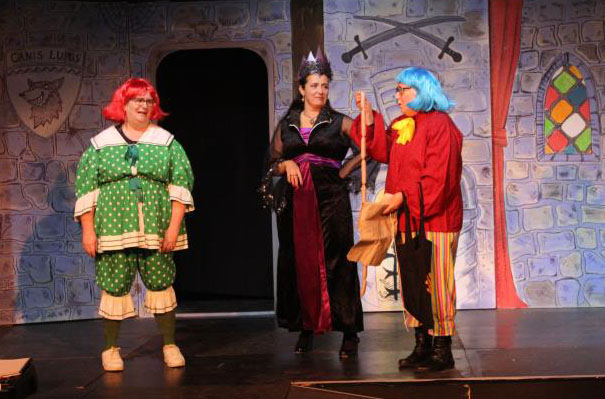 Interestingly, I experienced the from two different angles. On the opening night, Thursday, I was Front of House in the lobby and bar area, so I could hear the performance but not see it. The following night, Friday, I sat in the audience. There was a definite difference in atmosphere from one performance to the other. On Thursday there were very few children (school the next day), and I felt this audience was more reserved than usual when it came to barracking the action. On the positive side, DADS was delighted to welcome a good number of wheelchaired residents from our local care home. I know they really enjoyed it as I spoke to many of them as we loaded them into their transport vehicle, but they were very quiet during the show. So, I wasn’t entirely surprised when I heard more than a few audience members leave saying it lacked energy and pace and there were far too many scene changes with nothing much going on.

Friday was a completely different reaction. Lots of children and much more refreshment bar patronage changed everything. Panto needs audience 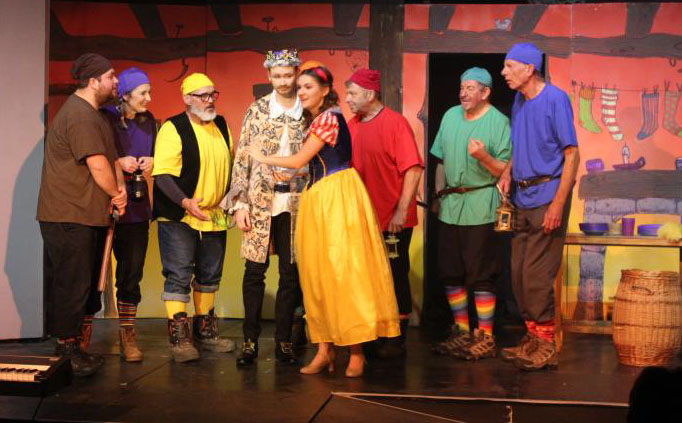 participation and much-loved traditions such as ‘It’s behind you’, ‘Oh no it isn’t’ etc. Booing the baddies, cheering the goodies, and sing-along competitions with sweets for kids all gave DADS an audience that became a noisy and happy part of the panto action. This in turn fed performers and everyone had a party. I’m pleased I was there for both nights as this allowed me to soak-up the different reactions that the same show, the same cast, and the same effects generated one day apart. I enjoyed it.

After two years absence DADS is now back in action in the village hall and it’s looking stronger than ever.